Stock exchange news on TV since 1992

ntv began in Berlin at the end of 1992 as the first German news broadcaster, belonging to the RTL Media Group, headquartered in Cologne. Its four primary programming categories are news, finance, talk, and documentaries. Katja Dofel is a member of the ntv economic editorial staff and reports stock market news from the trading hall of the German Stock Exchange in Frankfurt.

The “mother” of all stock market broadcasts

Live reports from the Frankfurt Stock Exchange are an essential component of ntv stock exchange coverage. These begin every trading day at 7:15 AM with the trading outlook, and end around 10:50 PM with a wrap-up of the topics of the day. Ntv also offers stock market information online at www.n-tv.de/boersenkurse. The ntv program “Telebörse” is like the mother of all stock market programs – and celebrated its 50,000th broadcast in November 2014! Take a look at an ntv video about this wonderful anniversary here.

A glimpse behind the scenes

Behind the scenes, Katja Dofel researches price developments and reports on her findings; in addition, she interviews executives, analysts, fund managers, and economists to gain valuable insights. In the picture at right you can see her interviewing Oliver Roth, head of the equities department of Oddo Seydler Bank. You can learn more about Katja Dofel’s work with ntv in a brief video and two extensive Podcasts.

In the video you’ll follow Katja Dofel through the Frankfurt Stock Exchange for 90 seconds. Here you’ll even see what few people ever see – for example, Katja Dofel wearing hair curlers! If you’d like to hear more about her work, especially as a TV interviewer, you’ll find almost 40 minutes of insight in two podcast episodes on this site.

As a trusted stock exchange reporter, Katja Dofel is a veritable icon of German financial television. She often thinks back fondly about her time at the New York Stock Exchange at the end of the 1990’s. She frequently travels back to New York to fill in on camera for her ntv colleague Jens Korte (see photo below) while he is on vacation, and also to visit old friends. 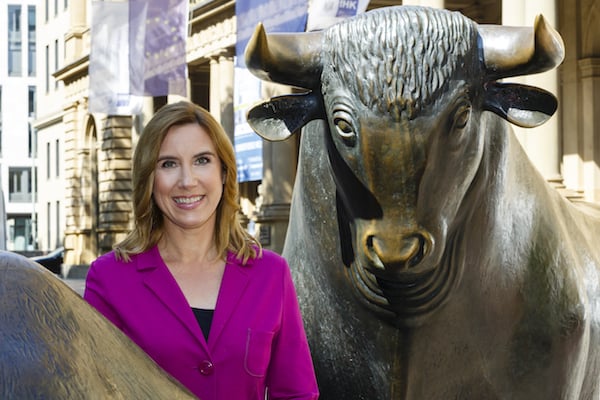 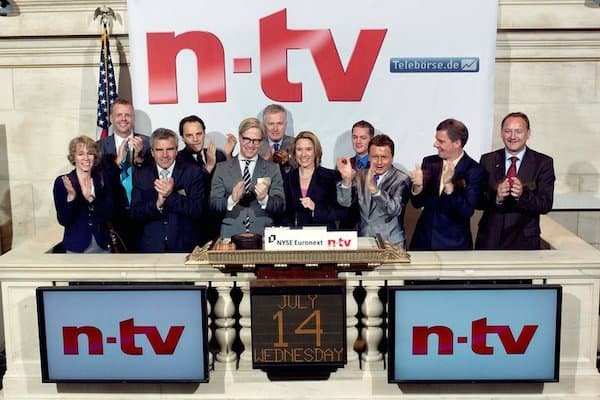 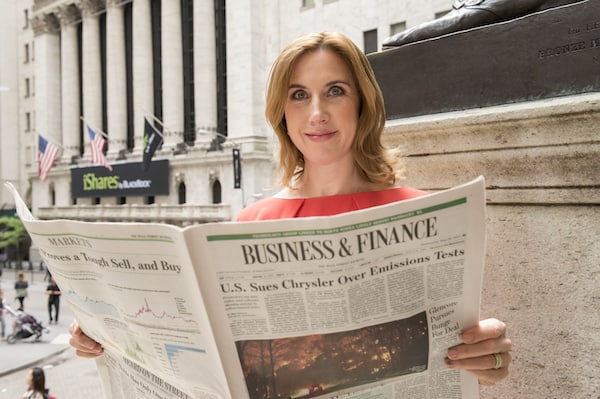 Inquire here 🙂 Briefly enter your request into this form, and she will get back to you as soon as possible.